As a leading contract research organization (CRO), Labcorp Drug Development provides comprehensive drug development solutions for a range of industries. Our services cover the preclinical, clinical and post-market phases of drug development, the product life cycles for medical device and diagnostics and development services paired with regulatory support for the chemical testing and crop protection industries.

Labcorp Drug Development is a global leader in nonclinical safety assessment, clinical trial testing and clinical trial management services. Our unique perspectives are based on decades of scientific, medical and regulatory expertise. Together with our clients, we support the development of innovative, life-changing treatments.

Whether you are a first-time buyer or an experienced investor, Todd & Deah Mulhern will take the time you need to help you with choosing the right property, making an offer, negotiating, financing, and everything involved in making an informed real estate decision in today’s market.

Todd & Deah are life-long residents of Dane county, and are exceedingly knowledgeable of Madison and its surrounding communities. They possess a unique set of qualities including a passion for the work they do, integrity, hard work and that Mid-Western warmth. Add that up with 48+ years of success in the Real Estate business – and you’ve got a winning combination. Todd & Deah take the time to understand their client’s needs & are dedicated to providing top notch real estate services. 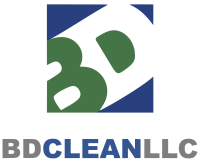 There is a reason why our customers come first. Our customers are the most important part of our business. Without you, there would be no BD Clean. We strive for perfection – to address the tiniest of details while dealing with your prized asset – your business.  Providing your business with the cleaning service it deserves is the most important aspect of our business. We care about doing it right the first time. Everything from our preparedness to our detail-oriented approach and customer service helps to ensure that you receive expert cleaning service. It is our goal to make a positive impression on your building regardless of the size. 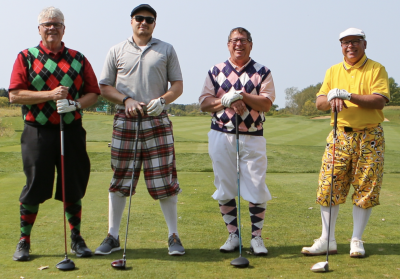 Tim Carmichael, Mike Retelle, Ross Hermus and me, Bob Carmichael, proudly sponsor this event for neck and head cancer research again this year.  I’ve known Josh ever since he married our daughter, Jennifer.  Naturally, I’ve followed Josh’s story from the time he was diagnosed with cancer.  He is a survivor!  Not only that, but he has since given back with thousands of dollars raised through his golfing events.

While I’m not a very good golfer, my brother Tim, my colleague Mike, and Mike’s son-in-law Ross, are!  They, too, are impressed with the way Josh has tackled this disease through his unwavering efforts to raise the needed funds to combat it.  The four of us most likely won’t win the tournament, but we consider ourselves winners through association with Josh and the Links_Strong Classic.  We are proud sponsors of this important event!

The Harktopf family have known Josh & Jenn for many, many years.

As professionals in the health care field, Kate and Eric understand the value of research and as family and friends of cancer survivors are proud to support causes that develop treatments for those impacted by this terrible disease.  They work to show their daughters the value of giving back, the impact every person can have in our community, and that little changes can make BIG differences.

Kate also serves as Secretary on the LINKS_STRONG Inc. Board of Directors.

Barbeque Supply Company is focused on curating the finest ingredients to make everyone from backyard cooks to competition BBQ teams food taste the best it can. From smokers & grills, rubs & sauces, and everything in between, BBQSC is south-eastern Wisconsin’s biggest selection for everything BBQ.

Barbeque Supply Company is proud to support the efforts of LINKS_STRONG!

Become A Sponsor
Go to Top